This year’s world-famous Pride Month takes place in June 2022, where the LGBTQ+ community proudly dances, marches, sings, and parades along the main streets of all major U.S. cities, from New York to San Francisco, from Phoenix to Chicago, and from Seattle to Washington D.C.

“We will continue to love and live our truth and be our full and complete selves – and we are not going to apologize for it.” 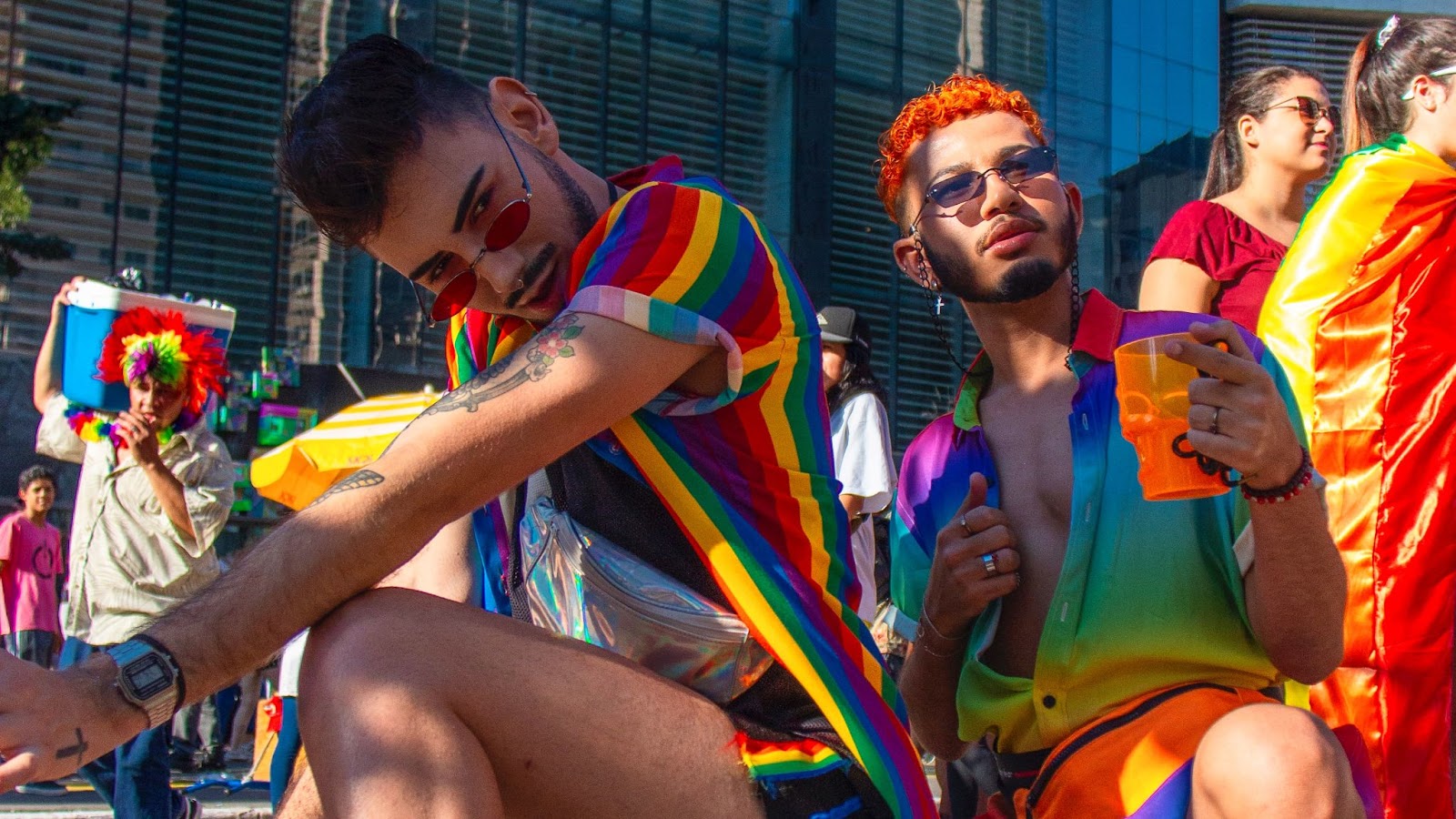 In the troubled world of U.S. politics, existing LGBTQ+ rights have suddenly become the new hot topic and, unfortunately, the new prime target for conservative GOP lawmakers across the nation.

U.S. states such as Ohio, Lousiana, and Texas are now actively trying to clone Florida’s and Alabama’s newly approved bills – known in media circles as the “Don’t Say Gay” Acts – which are aimed at removing existing LGBTQ+ rights and legal acceptance in the U.S. education system and designed to particularly affect LGBTQ+ children and teenagers.

The specific details of the bills do vary between the states. Still, all seek to prohibit schools from using a curriculum acknowledging or discussing gender identity or sexual orientation topics.

“An Overt Form of Structural Transphobia and Homophobia”

Arjee Restar, assistant professor in the University of Washington’s Department of Epidemiology, stated recently in an interview, “The institutionalization of these bills is an overt form of structural transphobia and homophobia, and it goes against all public health evidence in creating a safe and supportive environment for transgender, nonbinary, queer, gay and lesbian youths and teachers to thrive.”

Sandra Pérez, the NYC Pride Executive Director, explained it perfectly: “Our community has been through tremendous hardships over the past few years, beginning with the pandemic, and continuing with a reckoning with social justice, threats to our democracy, and more recently armed conflict overseas.”

“Compounding these struggles is the onslaught of legislation around the country that directly targets LGBTQIA+ individuals. In spite of these challenges and attacks, we are here to tell the country and the world: we will not be erased.”

The LGBTQ+ community is not requesting special treatment – and it has never done so. Members of the community simply wish to be treated like everyone else in American society is.

Unfortunately, in some parts of today’s America, particularly in the southeast, that’s apparently asking too much.

On a brighter note, let’s first look at this year’s Pride Month events and celebrations – many of them world-famous, such as the NYC Pride March.

In New York, the home of the Stonewall Riots back in 1969 and the inception and growth of the Pride movement, this year’s Pride theme says it all – “Unapologetically Us.”

Not only does this year’s theme echo the historical struggle for LGBTQ+ rights, it also acknowledges the new struggle now looming large for the LGBTQ+ community because of the recent draconian legislation being drafted by many of the U.S.’s GOP lawmakers.

For the first time in 3 years, all events at NYC Pride this year are fully in-person, and the last weekend in June – known as “Pride Weekend” – will be immensely busy.

Through the Decades: The Spirit of Stonewall Lives On

As the old drug-related adage goes, “If you remember the 1960s, you weren’t there.” The “Summer of Love,” the music evolution, long-haired hippies and Brylcreem rock n’ rollers, and the rise of lysergic acid diethylamide (more commonly known as LSD) – the 1960s were a time of enormous change across the U.S. and the rest of the world.

In New York, in the early hours of Saturday morning on June 28, 1969, the NYPD police raided a Greenwich Village bar – known as the Stonewall Inn and a renowned place to hang out for the city’s underground gay community.

Tired of constant police intimidation, discrimination, and harassment, gay community members finally fought back, beginning what would become known worldwide as the “Stonewall Riots” – 6 days of gay protests against the city’s police department.

One year later, on June 27, 1970, the first Gay Pride March was held on Christopher Street in New York. The march extended for a total of 15 blocks, according to the New York Times, and it was to inspire other major U.S. cities to form their Pride organizations.

June 23, 1973, undoubtedly saw one of the first major successes of the Pride movement – the removal of homosexuality from the official list of mental illnesses. The American Psychiatric Association, responsible for the Diagnostic & Statistical Manual, every U.S. physician’s go-to diagnostic medical reference, deleted the so-called disorder from DSM-ll (the manual’s second edition).

On October 13, 1979, the 10th anniversary of Stonewall and nearly a year after the assassination of Harvey Milk, the first openly gay man to be elected to public office, the Pride movement, now in its thousands and thousands, held its first National March on Washington as a protest for Lesbian and Gay Rights.

Since the days of Stonewall, Christopher Street, and the birth of Gay Pride, the Pride movement has grown throughout the U.S. and worldwide, and now, the global LGBTQ+ community numbers millions upon millions.

Here in Arizona, Phoenix Pride, founded in 1981 and the Pride movement’s non-profit organizers for the city and beyond, is hosting a wide range of events in both June and October of this year, including:

The Health Consequences of LGBTQ+ Discrimination

The LGBTQ+ community has suffered untold discrimination, prejudice, and maltreatment for years. Since the inception of the Pride movement in New York in 1969, the fight for the basic rights enjoyed by the rest of America has continued.

This year, the LGBTQ+ community faces nearly 200 proposed state bills that seek to erode and even destroy the legal protections for transgender and gay youth and restrict the discussion of LGBTQ topics in public schools.

One U.S. Democrat, Florida state Rep. Anna Eskamani, said recently, “These painful state-level fights are proof positive that discrimination is still a real threat that directly harms members of our most vulnerable communities, including and especially young people who are transgender.”

The President and CEO of Mental Health America, Schroeder Stribling, recently wrote, “Inequity harms mental health. While being LGBTQ+ is NOT a mental health condition or concern, LGBTQ+ individuals experience mental health struggles at higher rates than their straight and cisgender peers.”

“Mental health challenges among the LGBTQ+ community are primarily due to individuals facing stigma, discrimination, and bias in many forms.”

Additionally, LGBTQ+ youth are at least 2 times more likely to use substances than youth who identify as heterosexual.

Furthermore, sexual minority youth are also at increased risk of using multiple substances – known as “polysubstance use” or, more commonly, “poly use”), which can seriously exacerbate the harms of drug use, e.g., the risk of an overdose, either fatal or non-fatal.

The Difficulties Facing the Parents of LGBTQ+ Children

Being the parent, guardian, or caregiver of an LGBTQ+ child or adolescent can be challenging, with a host of unique issues to resolve. Fortunately, many support organizations, programs, and groups exist in the U.S. that can help LGBTQ+ children and other family members – including parents.

Parental Support for Those with a LGBTQ+ Child: Resources

PREVIOUS The 5 Most Common Mental Health Disorders Among U.S. Adults